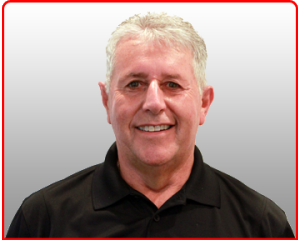 Phil has a Bachelor of Science degree in Criminal Justice, and a Master’s degree in Public Administration. He served in the U.S. Army for six years, and was honorably discharged as a Captain, having served as an infantry and military police commander, both overseas and in the U.S. He also ran a regional training academy for police officers for eight years, training more than 500 new recruits, and more than 1,000 in-service officers. During this time he served as the chief firearms instructor and defensive tactics instructor and was one of only 200 world-wide Instructor Trainers for PPCT, the most widely used pressure point system by the police in the U.S. Most recently Phil served as a police chief in both Michigan and Florida, taking over troubled organizations as a reform chief and realigning the organization with current industry standards. He completed his career in government as both an Assistant City Manager and a City Manager. Phil’s extensive military and law enforcement background, with more than twenty years as an instructor and a consultant provides our clients effective and efficient training as well as budget savings for many of our clients. Phil is also an NRA Pistol Instructor and Range Safety Officer, and has been a competitive shooter for many years, but is focusing now on bringing others into the sport. Phil joined the Mobile Tactics team in 2015 as the General Manager.

Eric graduated from the University of North Florida with a Bachelor of Science degree in Political Science. During his time in college, Eric placed third in the NCAA NRA Pistol National Championship. After graduating, Eric joined the United States Army as an Infantry Officer. He deployed twice, once to Iraq and once to Afghanistan, and spent a total of twenty months overseas. While in the Army, Eric graduated from the United States Army Airborne School, Ranger School, and Sniper Employment School. He was also Combat Lifesaver Certified and taught the Army’s martial arts program at Fort Drum, New York. Eric has received a Bronze Star, multiple Army Commendation Medals, Valorous Unit Award, Combat Infantryman’s Badge, Parachutist Badge and Ranger Tab. In 2011, Eric was honorably discharged as a Captain. Shortly thereafter, he began working as a manager for a national corporation before transitioning into a management position at one of the largest retail gun stores in the southeastern United States. Eric is also an NRA Certified Pistol Instructor and Range Safety Officer. Continuing with his passion for firearms and tactical shooting techniques, Eric joined the Mobile Tactics team in 2015 as the company’s Operations Manager. 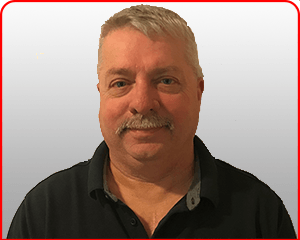 Mark retired in 2013 after 25 years of service as a Road Sergeant with the Livingston County Sheriff Department. He attended Eastern Michigan University Police Staff and Command and has been certified by MCOLES as a Law Enforcement firearms instructor and currently instructs at the Washtenaw Community College Police Academy.  Mark has also instructed at Mott College Police Academy and was a lead in service firearms instructor for MMRMA.  A Life Member of the NRA, Mark is a certified NRA Pistol Instructor, Range Safety Officer and Home Firearms Safety Instructor.  He is also a IES MILO Range decision making simulator operator. A firearms instructor for 35 years, Mark joined the Mobile Tactics Team in 2017 as the Range Master.